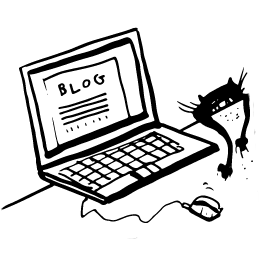 Why foodbanks need you (and David Beckham)

Open the property pages of any newspaper and you’ll see mention of Walthamstow, East London. This once unfashionable (relatively) affordable corner of the capital has suddenly become a des res with everyone and their hipster mother moving in. The result is house prices are sky high and rents are stratospheric. Many people are being forced out of the area.

I’ve lived in Walthamstow for 13 years and the change over the last few has been startling. Fancy pubs, cool shops, supperclubs, pop-up this and thats. It’s a great place to live if you’ve got spare cash.

This morning I met with some volunteers from the local foodbank Eat or Heat. I help out with the Press and we were talking about what we can do to raise awareness and boost funds and to meet demand to feed more people. Last month 90 new families came to Eat or Heat needing help. That’s 90 on top of and including the 80 or so they were feeding the month before.

Lots of ideas were bandied around but the underlying concern was referrals were rising and donations were down and we felt like we were swimming against the tide.

If you’re called Eat or Heat, don’t blame people for thinking the problem goes away when the weather warms up. I mean I wouldn’t think the Red Cross would be distributing food parcels within the UK; after all we are the seventh richest country in the world.

Unfortunately, nothing changes when winter turns to spring and summer. In fact school holidays put an extra burden on overstretched families.

After we left the meeting and walked past the food bank door as a young mum arrived with her child to get some emergency food, I went home and watched Monday’s Panorama programme about the effect of the benefits cap.

I saw how London families were moved to Birmingham as rents there were cheaper. One family was split up as the eldest child refused to leave her school and her friends. Mums went hungry so their kids could eat and Dads were relocated out of the capital and away from their low-paid jobs for a home and no job in a cheaper town. Makes no sense.

I was disappointed that my MP Stella Creasy voted for the welfare cap last month. She gave me her reasons, which I didn’t fully understand, but I do know that there will be plenty of people, singletons, parents, old and young who don’t need the foodbank now but will do so next year when politicians start robbing Peter to pay Paul to work out how to divvy up this finite amount of money they’re willing to spare for the needy.

I’m not a sainted worthy person. I spent more than 10 years working on a right-wing national newspaper. But I cannot sit back and do nothing as people queue for a tin of beans on a Saturday morning round the corner from estate agents organising open houses for prospective buyers of £650,000 3-bed semis.

I don’t want to see all those people on their uppers swept out of the area to make way for the rich.

So E17 peeps, please try and do all you can for Eat or Heat and David Beckham, can you please get in touch because you’re from the area and we’d really like you to help us out. 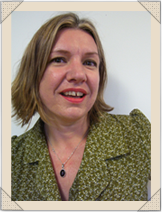